I spent the afternoon sifting through a tiny proportion of the Gibson papers at the Hebden Bridge Historical society. I knew that the suitcases and boxes had been left in a building for 50 years and were destined for a bonfire when the building was sold in 2000. For photos of the building and the condition of the documents see:

Abraham Gibson was a very wealthy Hebden Bridge man  1887-1956 who had owned many properties which he rented out to tenants – Lily Hall being one of them. He was also the owner of Gibson Mill, the picturesque mill in Hardcastle Crags and it was he who donated it to the National Trust. I found a map of the mill in 1847 when it was owned by Abraham’s father, Abraham! (1827-1807) Then I found this article in the newspaper:

The body of Dawson Greenwood, a young married man, who resides at Lily Hall, Heptonstall. was I taken out of a reservoir in the Hardcastle Crags Valley on Friday. Greenwood had been missing from home for several days. 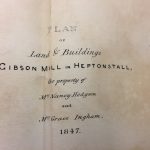 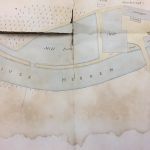 What a tragic link between the owner of Lily Hall, and the tenant.

I was shown a video of the room in which the documents were discovered – and  .  . . lo and behold it was in the building where I’d gone to view the first apartment that I took a look at in Hebden Bridge.

Croft Terrace, Hebden BridgeA terrace of 4 houses built around 1855 by James Lister [1817-1887] Son of George Lister, timber merchant. He was a timber merchant [1838] / a timber merchant and quarry owner at Hebden Bridge [1851]He had business at Hebden Wharf.Croft House was Number 4, Croft Terrace.Owners and tenants of other houses in the Terrace have included Hebden Bridge Nursing Institute [1897], Thomas Binney Gibson, (my first cousin four times removed!) Edward Binney Gibson, (my second cousin three times removed!) and Miss Corrie’s School [1950s]. In the 1970s, the houses became the Hebden Lodge Hotel

The boxes on the shelves are just a portion of the Gibson  documents that need cataloguing!

Dust and water have taken their toll on the papers 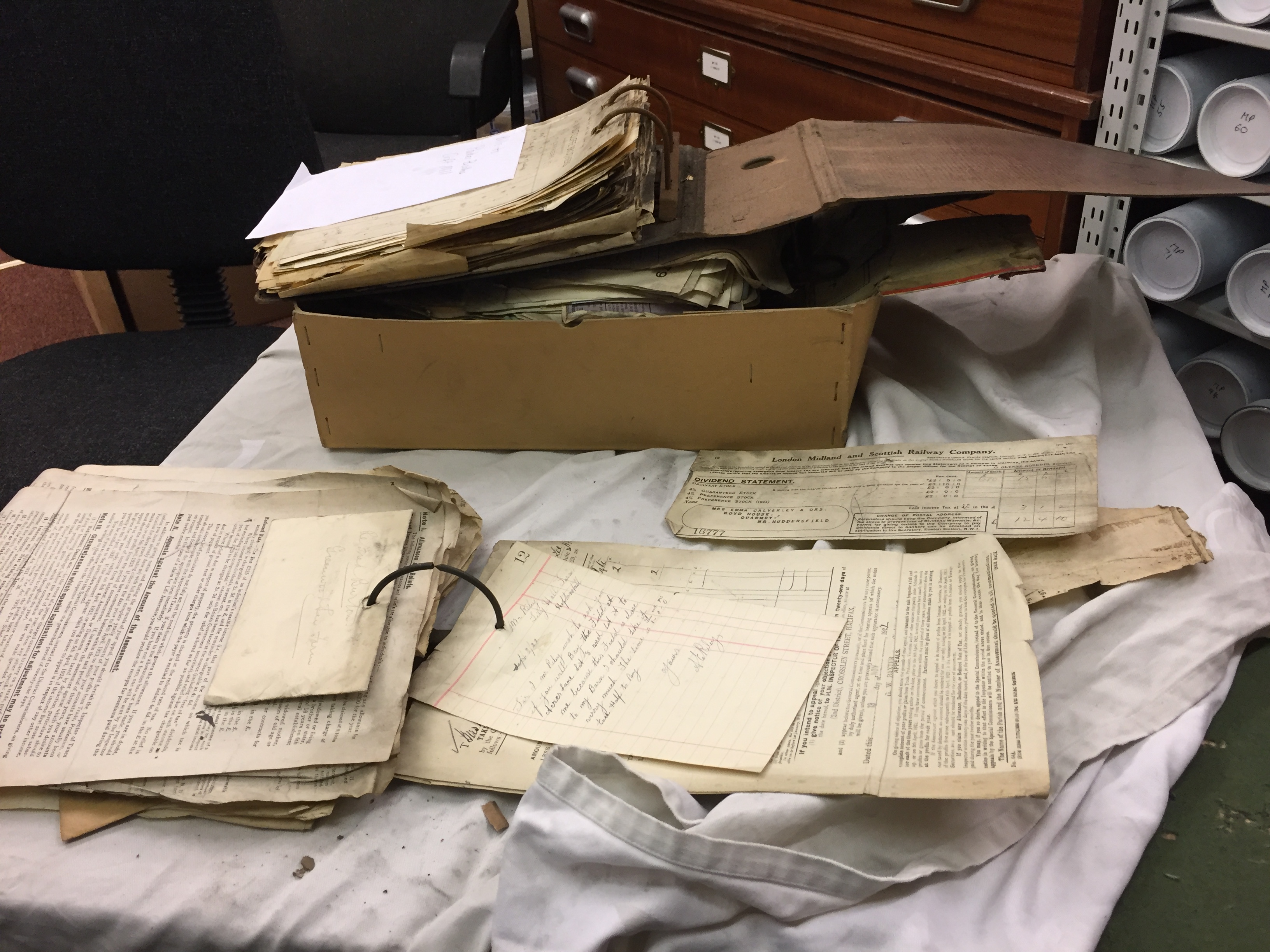 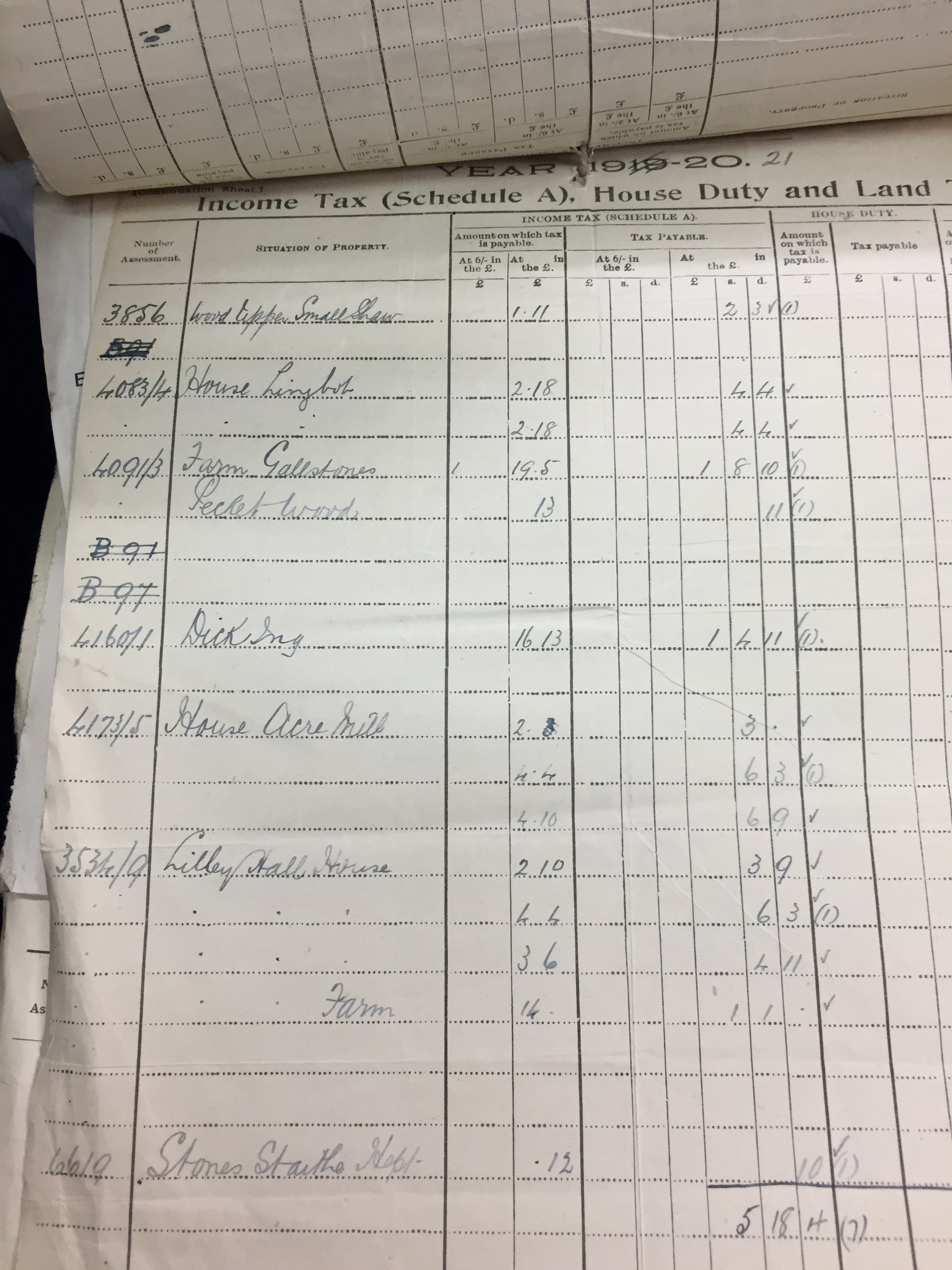 Document from 1920 showing a portion of the houses that Gibson owned. Lilley Hall is clearly divided into ‘House’ and ‘Farm. ‘ And quite by accident when I’d taken my walk from Pecket Well that very morning I had passed several of these properties. 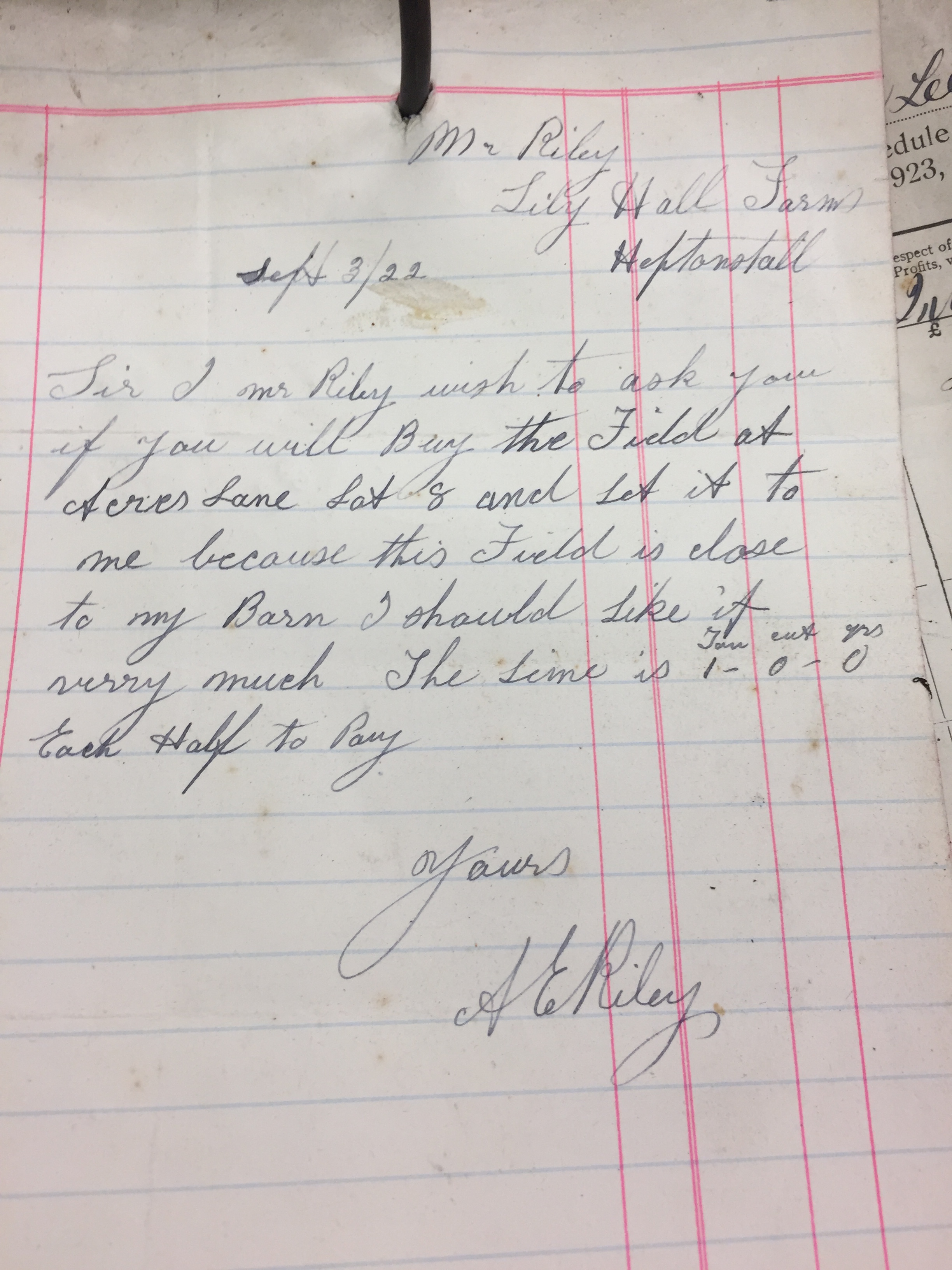 A Mr A. E Riley was living at Lily Hall farm in 1922, and is obviously a farmer. 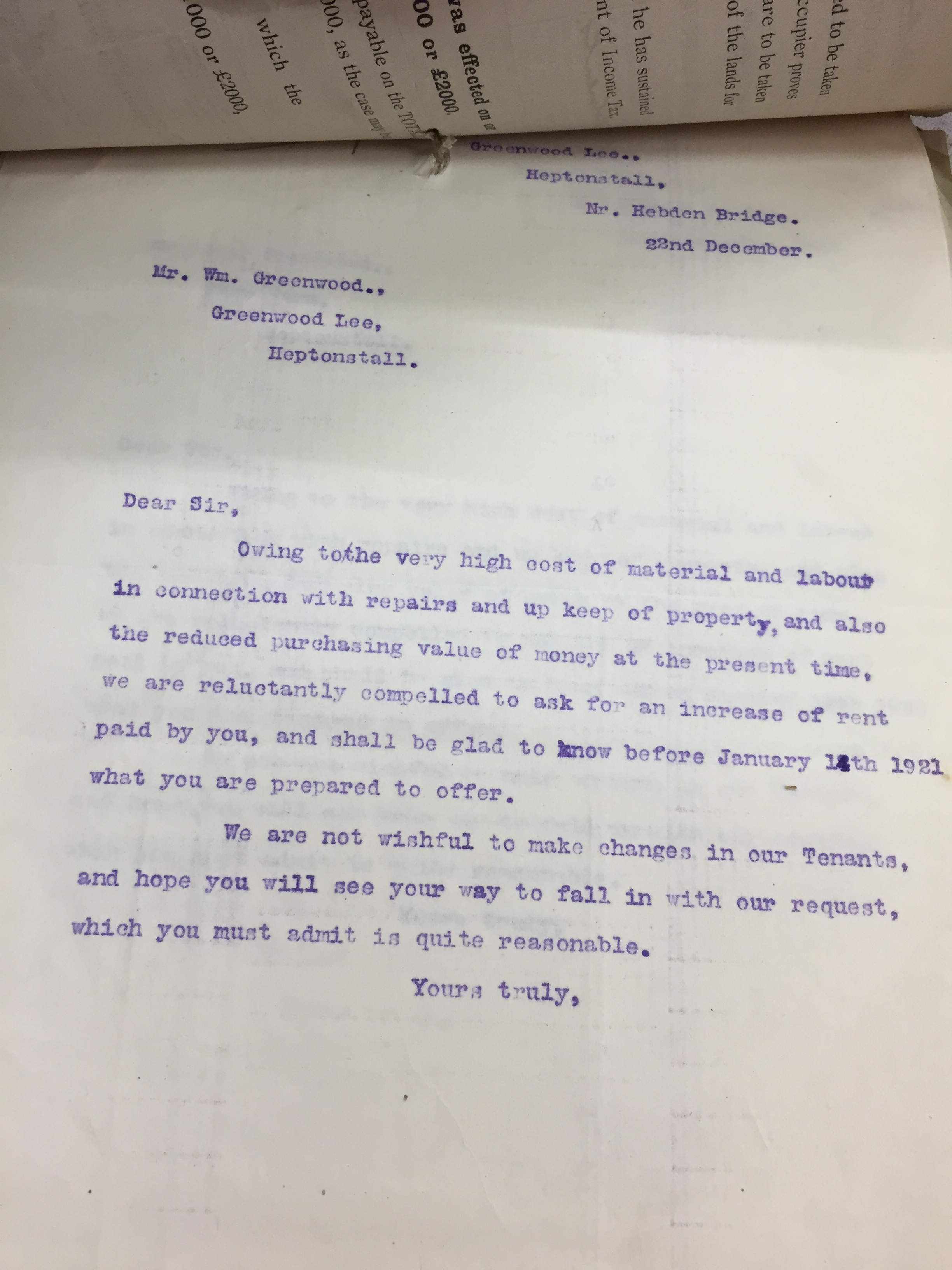 A notice send by Greenwood to all his tenants notifying them of an increase in rent, in1922 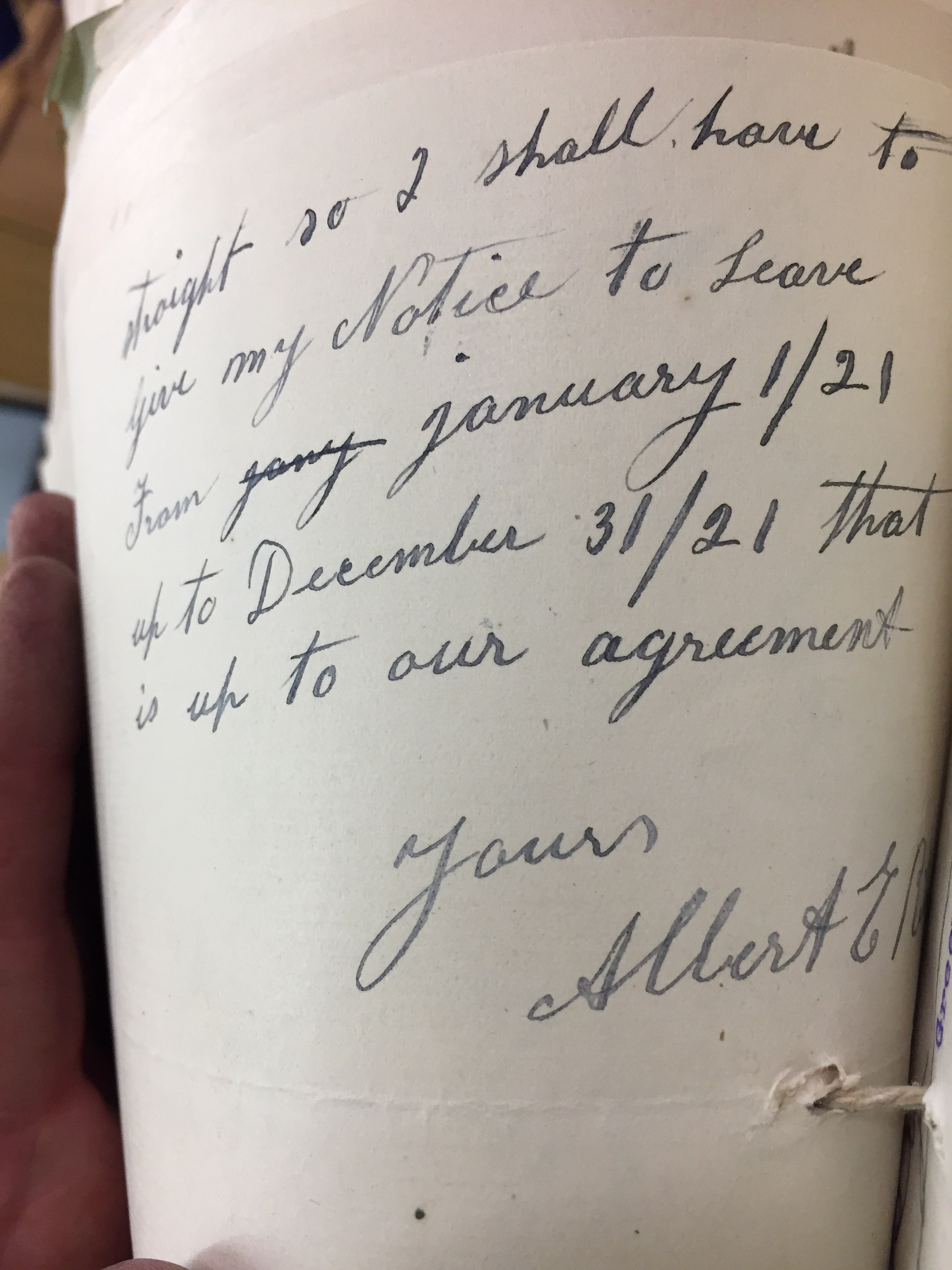 The response by Albert E Riley saying that he can’t afford the increase in rent and will therefore be vacating Lily Hall. I looked up Albert Riley and he was from Southowram, and was baptised at St Anne’s in the Grove, Southowram, where Rachel and I once spent a lovely afternoon with the vicar. 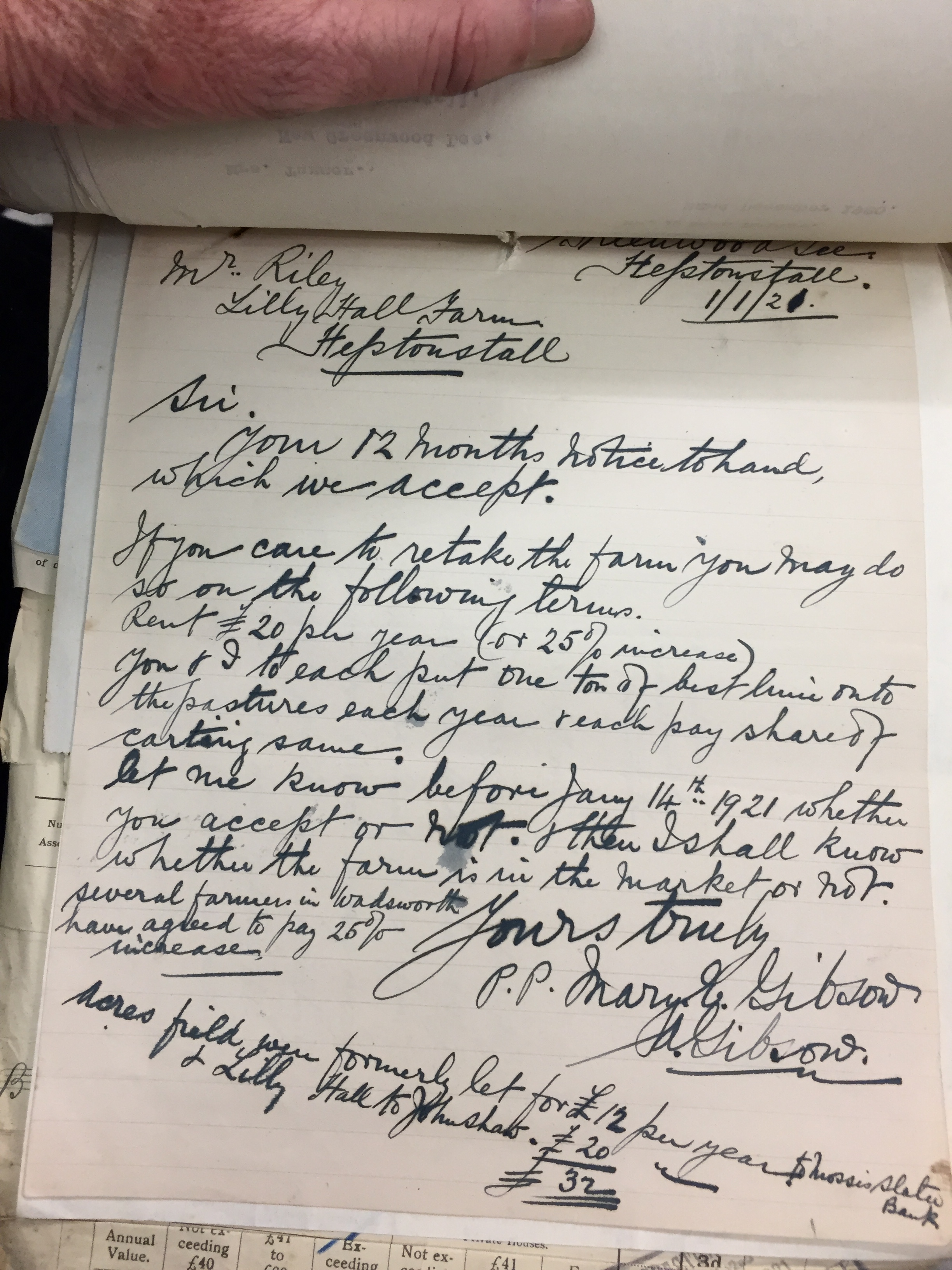 and the Emu Bay Railway Company, Tasmania in I929

An impromptu hike on t’tops

In the presence of a Prince