In the presence of a Prince

All dressed up and awaiting the coming 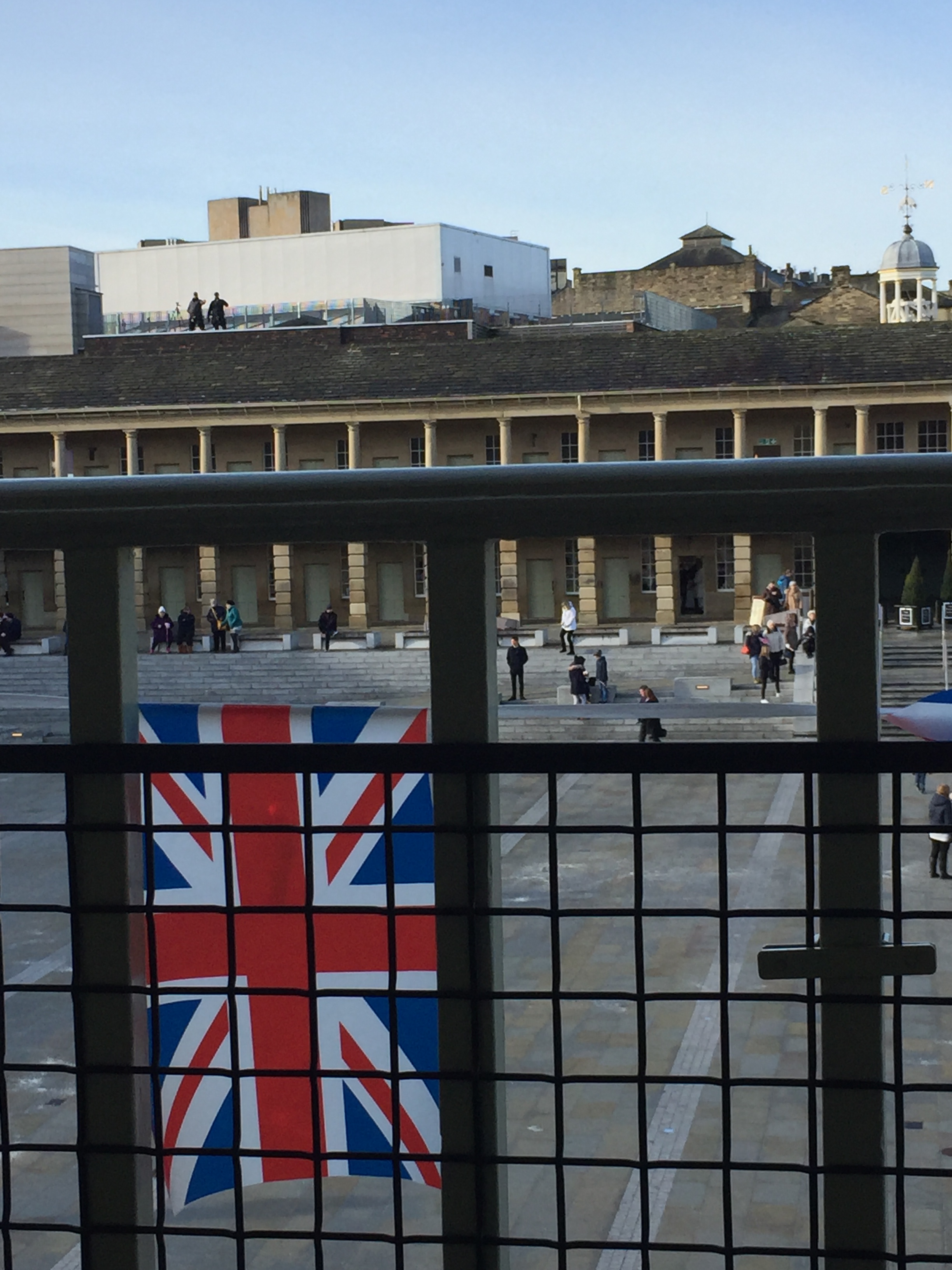 Sharp shooters on the roof at the ready 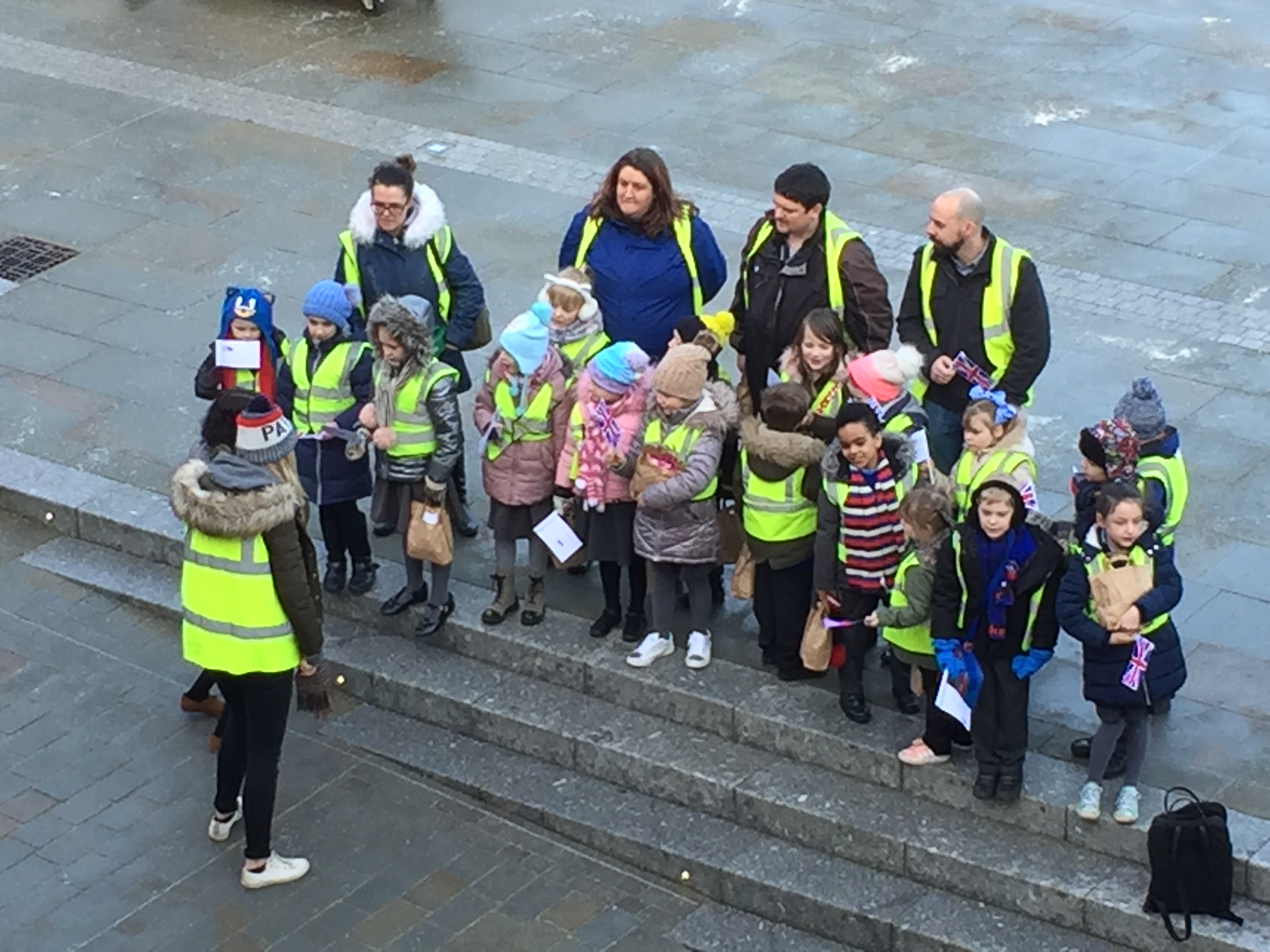 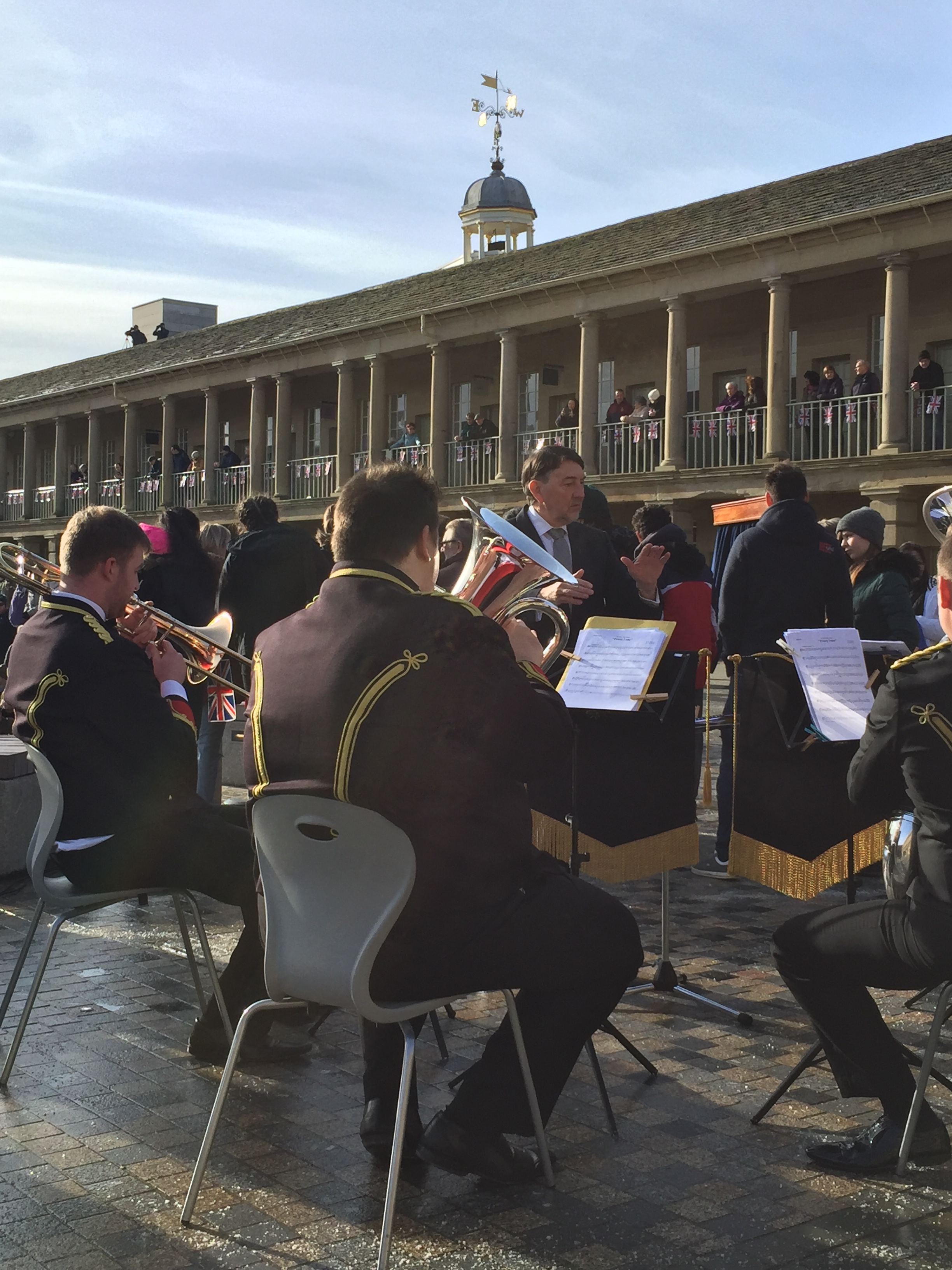 Members of The Black Dyke mills band on hand for the musical entertainment. Their hands must have been frozen! Wish I had taken some close up photos of the reflections of the Piece Hall in their instruments. This is the exact place where the scene of the brass band contest in the film Brassed Off was shot.

Oh, that’s who we’re all waiting for- really? 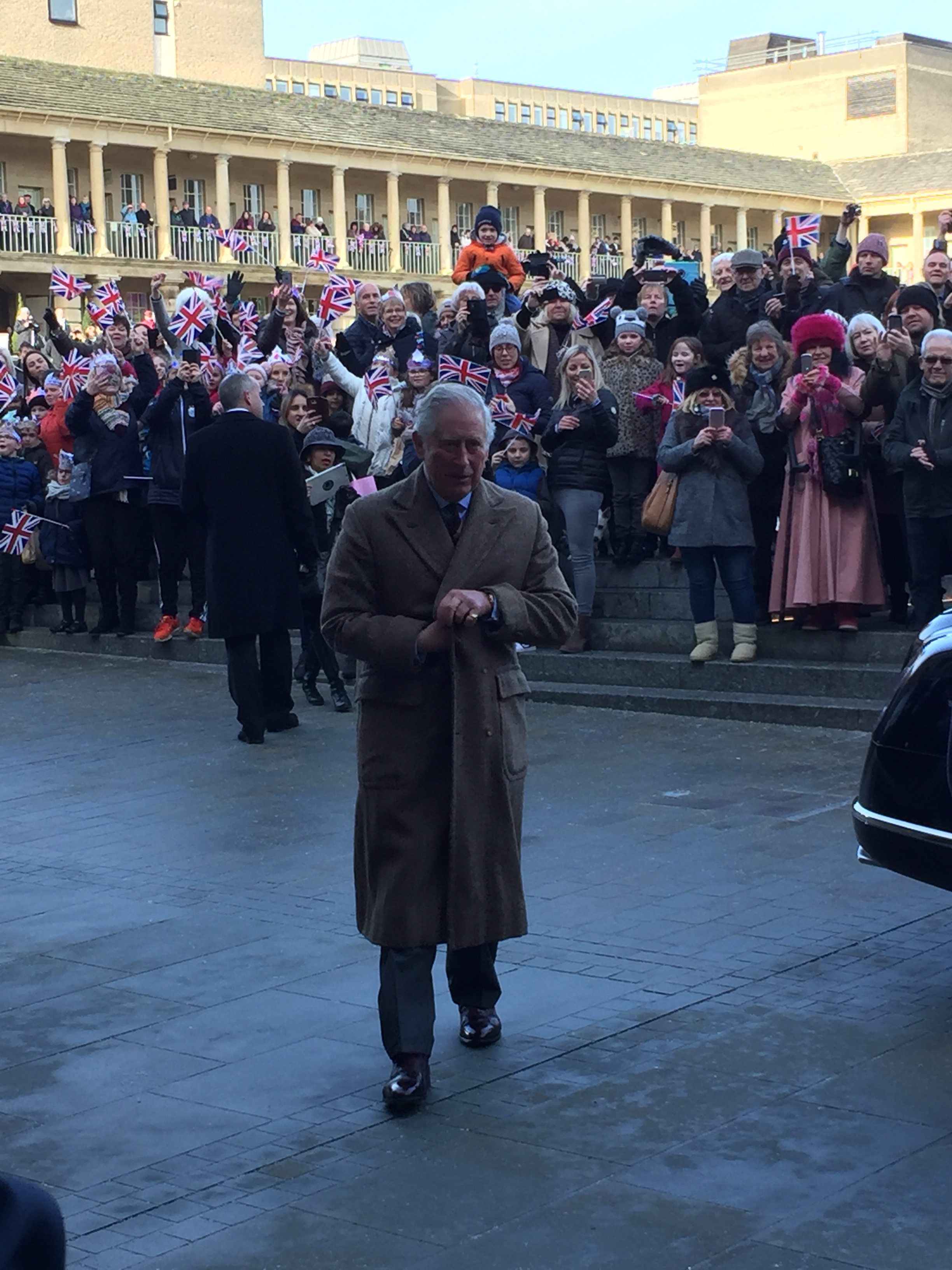 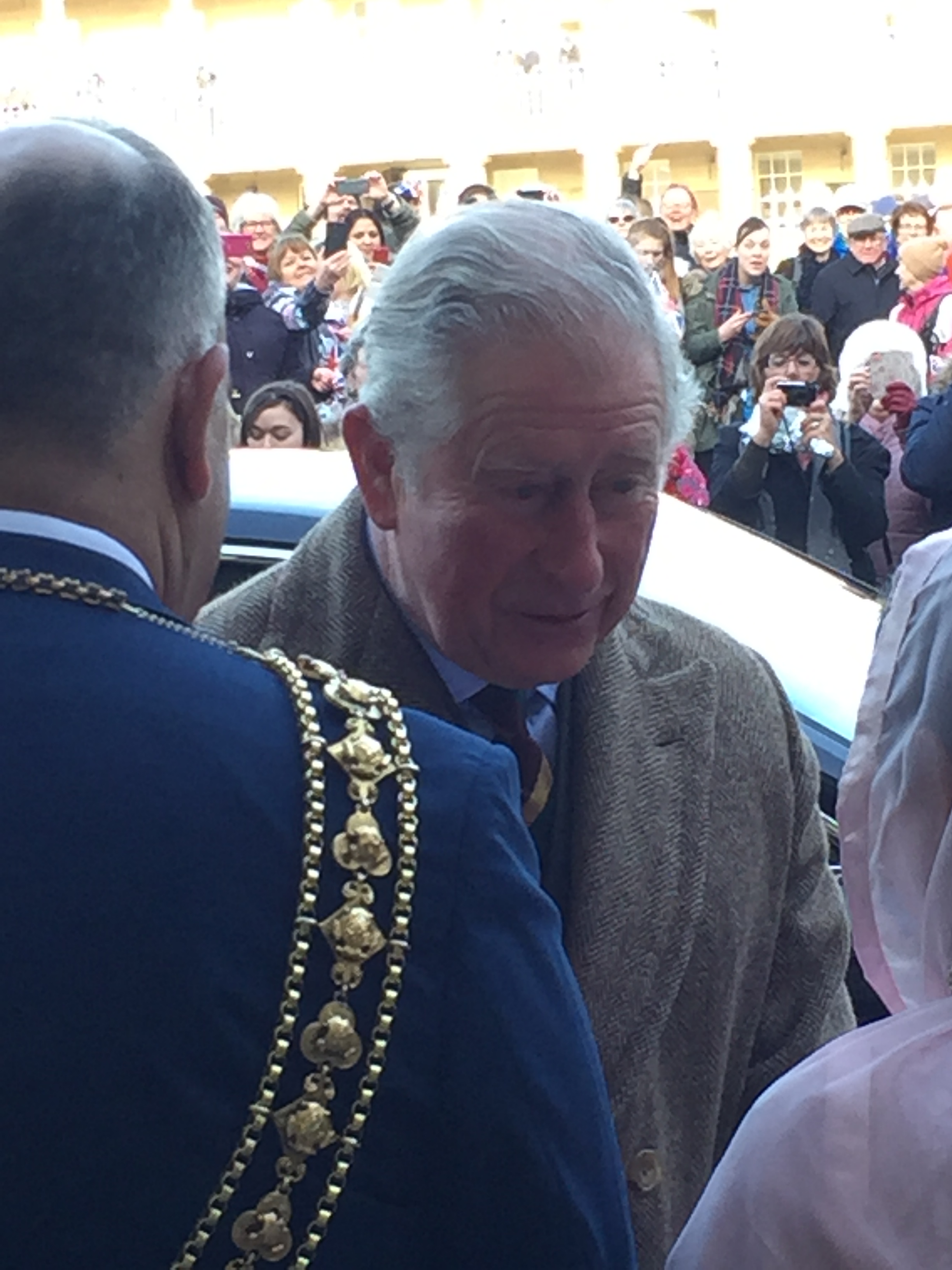 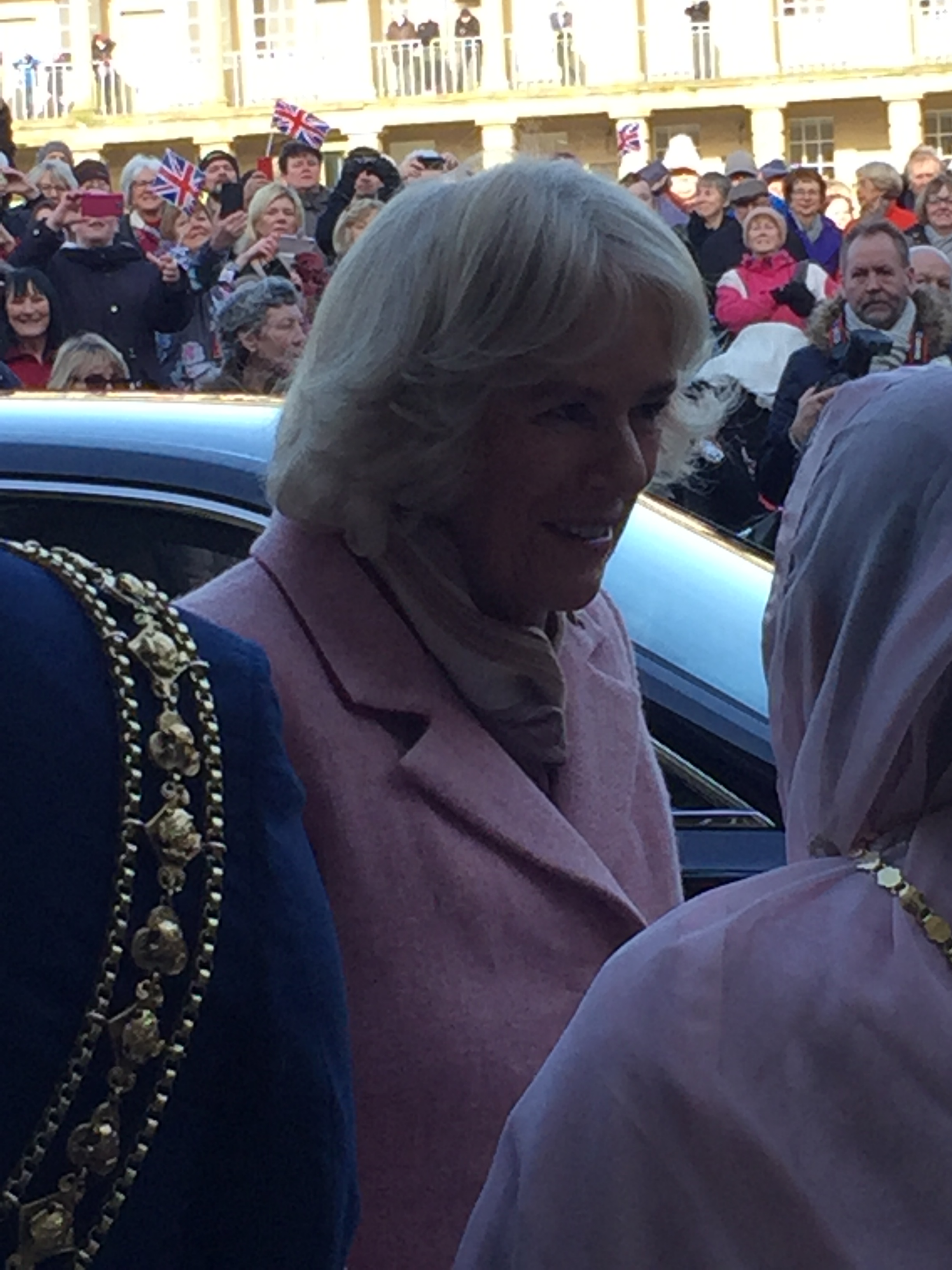 Camilla looks pretty in pink. How did I end up on the front row of the press area?Hmmm! 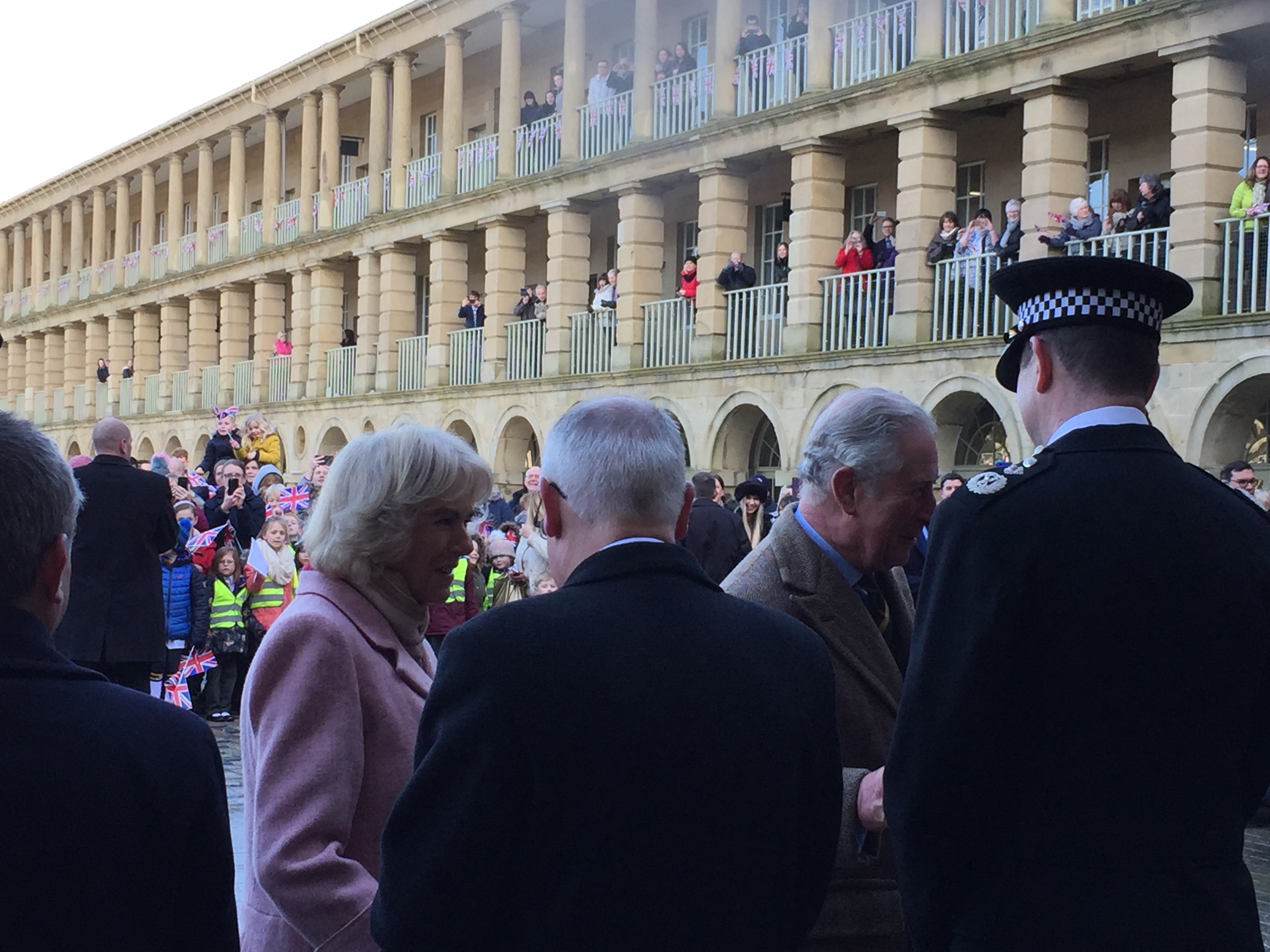 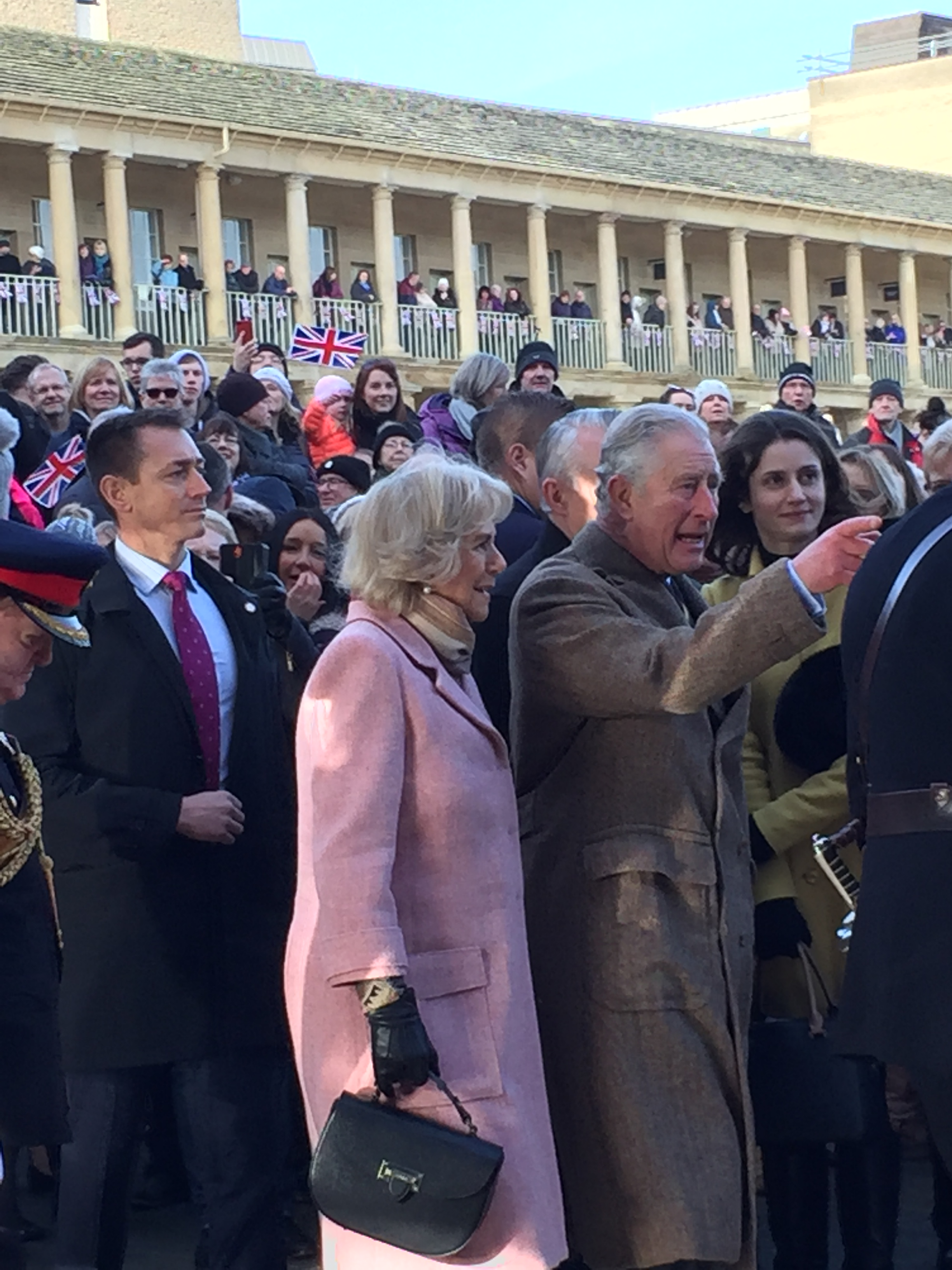 Touring the exhibit rooms in the Piece Hall

Everybody and his dog came along too