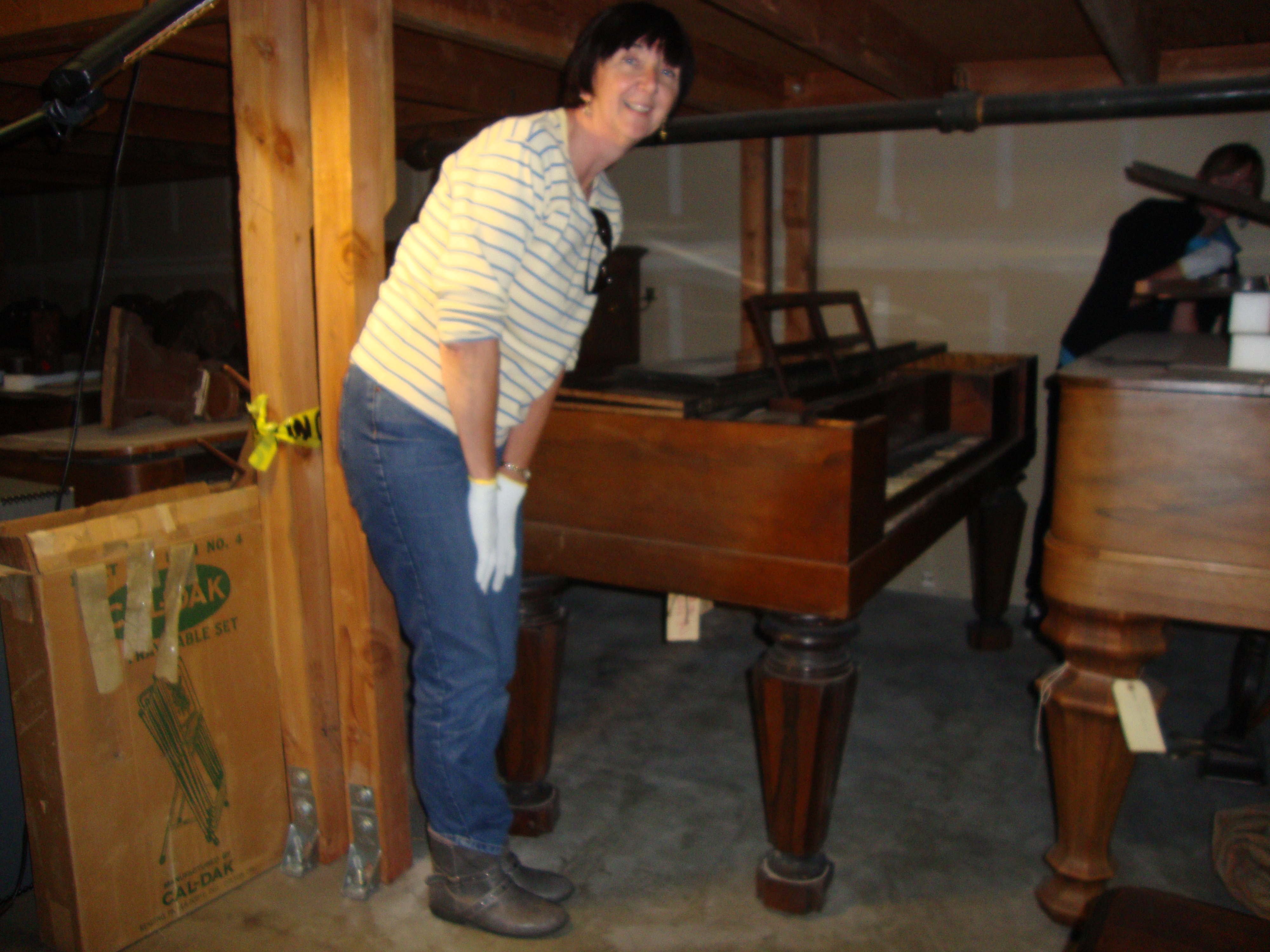 At the Bidwell mansion

Hazleton brothers New York, established in 1849 by Henry and Frederick Hazleton. The firm is now controlled by Samuel Hazleton a nephew of the founder, and his son Mr Halsey Hazleton.

President of Hazleton Bros. Succumbs to Heart Failure in His Seventy-fourth Year-One of the Old School Piano Makers. He is Mourned by a Host of friends in the Piano Industry

Samuel Hazleton, president of Hazleton Bros., one of the oldest piano manufacturing firms in the country, passed away suddenly of heart failure on Thursday night last wee, at the home of his sister, Miss Mary H. Hazleton, 30 West Seventy-Fifth Street, New York. Mr Hazleton who was in his 74th year, was one of the old school of piano makers who came from a family which has been interested in the manufacturing of pianos for practically three quarters of a century. He was the son of Henry Hazleton, who, with his brother Frederick, founded the firm of Hazleton Bros. and the Hazleton line in 1849. Under the instruction of his father and uncle, Samuel became a thoroughly practical piano man, and in 1875 became the head of the business,[2]

Since 1869 the Hazleton factory has been located at 66 University Place, and Mr. Hazleton devoted his entire time to the greater development of this business. His ability as a manufacturer of pianos has been recognized by the industry throughout the country, and it was through his strict advocacy of the maintenance of the quality of the Hazleton product which was established by his father and uncle that the Hazleton piano was the chosen instrument of some of the most prominent artists, musicians and well known persons throughout the country.

He was a man of simple tastes and an indefatigable worker. He had many staunch friends in the industry who mourn his loss. He is survived by his son, Halsey Hazleton and his sister Miss Mary H. Hazleton.

The Funeral services were held at St. Matthew’s Episcopal church, west 84th street at 8.30 p.m last Sunday, the Episcopal services being read by Rev. Arthur M. Judge which were followed by the Masonic services by Kane Lodge of which Mr. Hazleton was a member. A great many friends of the deceased as well as members of the piano trade attended the services and included: Stephen Brambach, R.C Koch, William H. Koch, F. C. Decker, ben H. Owen, Ben H. Janssen, Francis Connor, and Louis P. Bach who is also a member of the Kern Lodge. The interment took place at Mt. Kensico.

The sympathy of the trade and the trade press goes out to the Hazleton family over the death of Mrs Samuel Hazleton, wife of the New York piano manufacturer and mother of Halsey Hazleton, who is associated with his father in the firm of Hazlton Bros. Mrs Hazleton was 56 years of age and she died of heart failure June 27th at the family residence, 325 West 56th street, New York city. [4] She has been in frail health for several years.[5]

In 1903 Annie Bidwell described the Christmas celebration at the Indian Rancheria on December 24th, and a party she hosted at Bidwell Mansion for friends and family on the 29th. Here are the entries from her diary:

My visit to the Bidwell piano.

When Anna visited Chico I had it in my head to go up with her one weekend to see the Bidwell mansion and its famous piano but it never happened. So when I had the opportunity to drive through Chico on my Tour of the Northern mines in December 2014 I was delighted. I knew that the mansion would be closed that week, but at least I might be able to peek in through the window and see the piano. Chico was much smaller and quainter than I’d imagined and the 26 room mansion dominated the center. It’s hard to imagine that at the time it was built the nearest neighbor was 46 miles away. John Bidwell built the place after making money in the Gold Rush. He married Annie Kennedy in Washington D.C and purchased the piano during their honeymoon in New York in 1868. According to the Music Trade article Samuel Hazleton didn’t take over the business until 1879, so Henry and brother Frederick were responsible for building it. I peeked in the windows and could see two pianos and a harmonium. Interrupting the park rangers who were busy doing their end of year accounts in a porta-cabin I found them only too willing to take a break from their paper-work and give a me private guided tour of the downstairs of the home. It made the experience far more personal and I was invited to sit down and play it! It’s cared for by a technician and is situated in a bay where is only gets gentle morning sunshine which doesn’t seem to damage the cabinet. The top key, a B, doesn’t work but apart from that it’s in pretty good condition. A hymn book was open on the music stand at ‘Abide With Me’, one of my mom’s favorite hymns, so that’s what I played. I exchanged emails with the ranger and later followed up on the serial number and found out what research has been done on the piano provenance so far. [6]

“The piano’s serial number is “3847”. I had checked online not too long ago, and if you are looking at the same websites that I found, their dates do not run that far back. However, I believe there is a publication that has a complete list of Hazelton serial numbers. Our records say that someone had checked and that our serial number dates to around March of 1868, which would be right before the Bidwell’s were married and sailed for California.” From email from Blair Pubols (Park Interpretive specialist).

In 1841 at the age of 22, John Bidwell became one of the first pioneers to cross the Sierra Nevada to California.  Bidwell became deeply involved in the development of his adopted state, its agriculture and what is now the city of Chico.  By the 1850s, Bidwell had purchased more than 30,000 acres.  He then built a General Store, a Hotel, a Post Office, and a Flour Mill.  In 1860, Bidwell helped lay out the town of Chico, which he named. [7]

[2] This would postdate the Bidwell piano

[3] The article carries his photo,