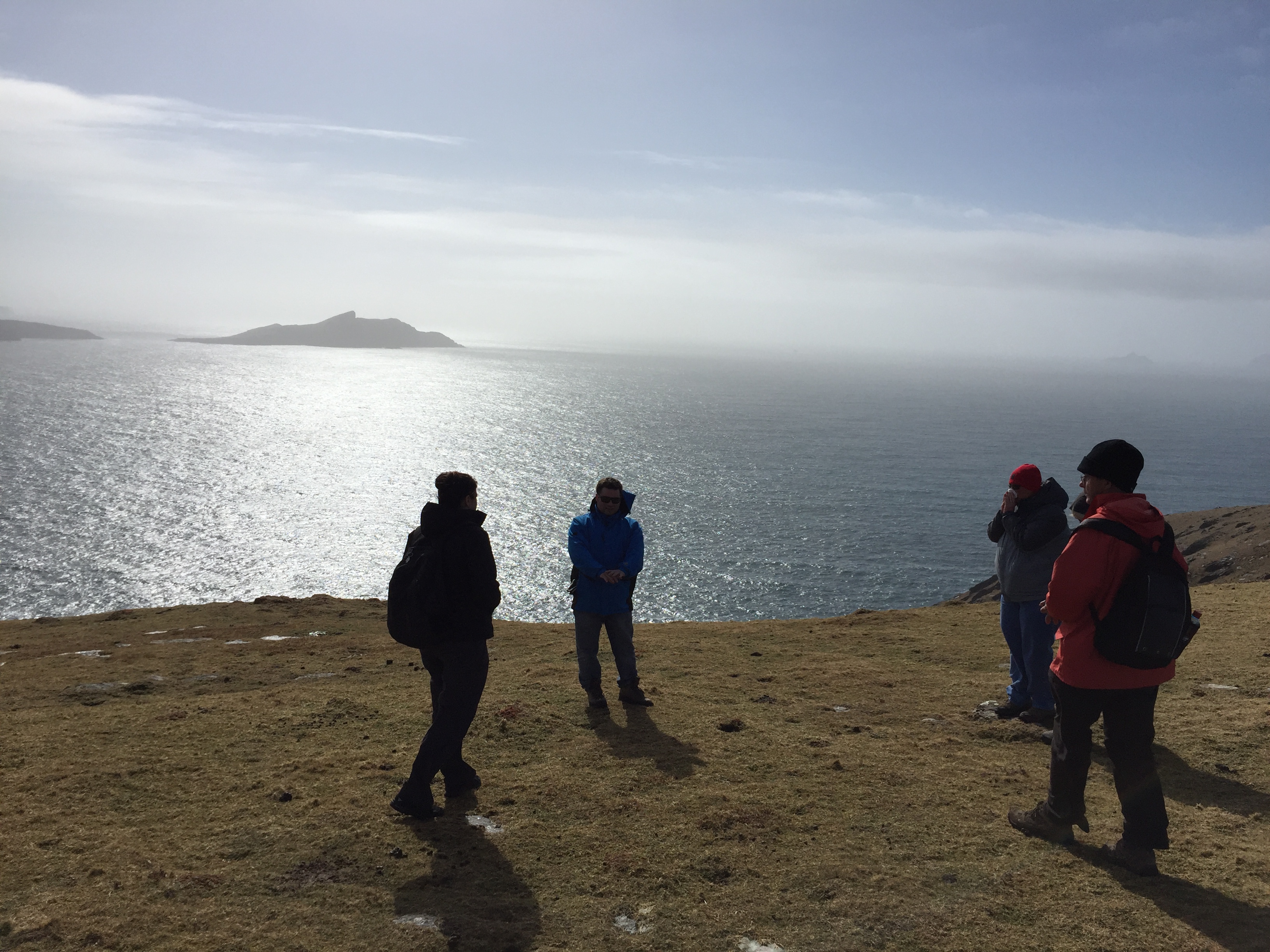 Out at sea are the Skellig islands, now famous as a location for the Star Wars movie

But travelling for me is also about meeting fellow travellers and locals. This has become a much more important part of the trip now that I live alone and have done so for the last fifteen years. When we travelled together as a family

we barely noticed other travellers but now they are an integral part of my experience. Just as  in my adventures o the Outer Hebrides and St Kilda, and my trip last summer to The Orkneys and Shetland I chose a small group tour that used a minibus to get around. This way you can get to know each other, and take side roads that large coaches cannot handle. But my initial 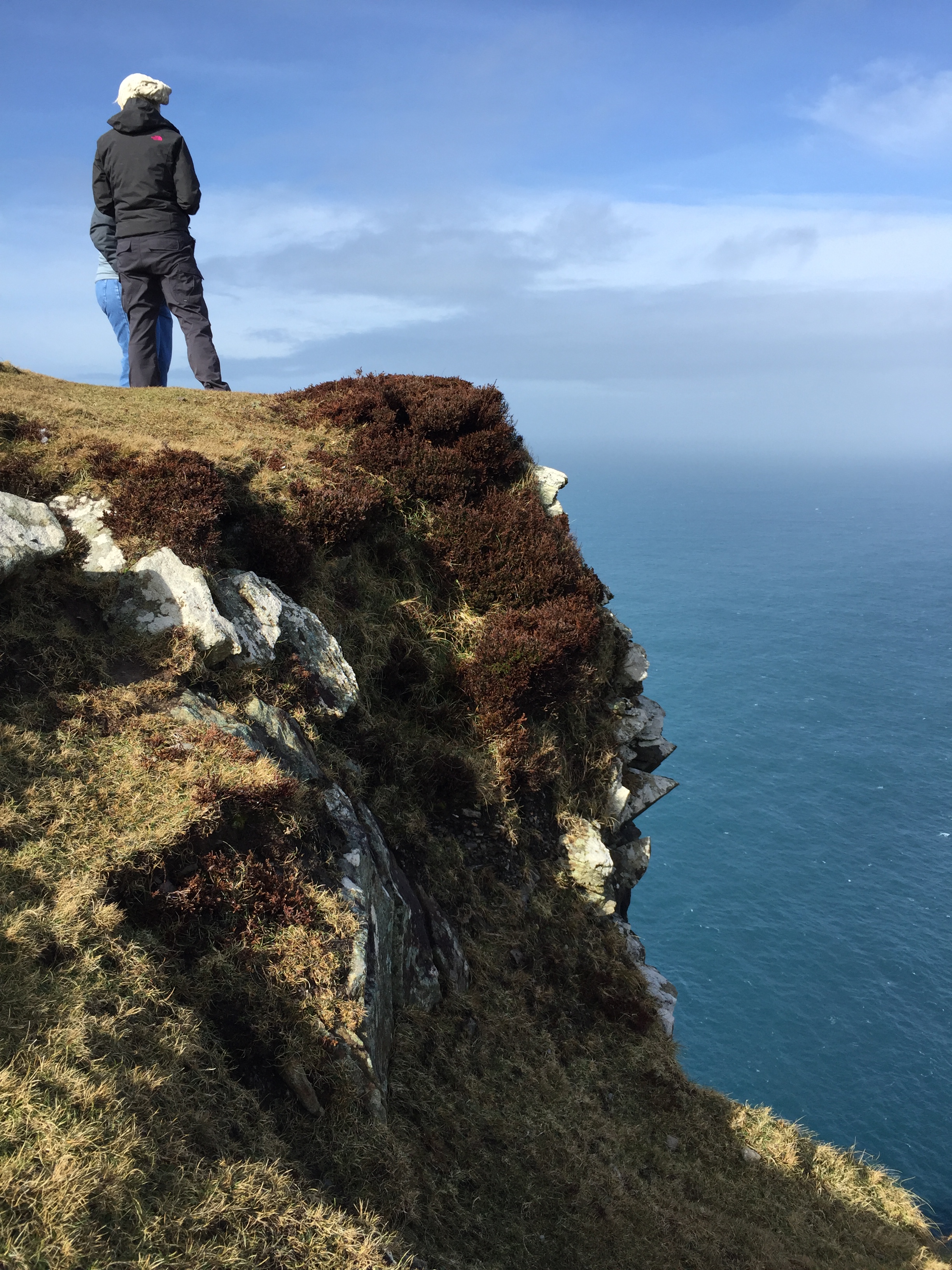 meeting with the group was not an auspicious beginning to our week together. I was given wrong information about the bus to take from the hostel in Dublin to the tour’s meeting point, a hotel close to the river. We were to meet at 9 a.m. and when I arrived late, not my usual style, at 9:01 I couldn’t see any sign of a group, so I inquired at the reception desk. “Oh, Wild ‘n’ Happy left at 8:30 in a blue minibus.” Oh my God, I’ve 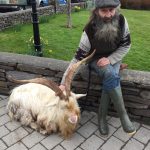 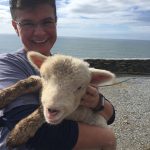 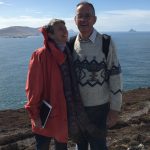 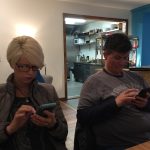 blown it! What can I do? A feeling of utter panic passed through me. Then, “Heather? Aww, there you are,” came a welcoming voice and I turned to see Mr Happy himself, J.B. our lithesome tour director. “Jump aboard and we’ll get on our way.” From that moment on my role on the tour was assigned. If Heather’s on the bus that means everyone’s

J. B in a rare contemplative moment (actually I think he’s just waiting for the milk to arrive)

aboard. The bus – not blue, by the way – was well appointed with phone chargers, tables, cool box and an excellent heating system. Within minutes the youngest person aboard asked what everyone did for a job. There was a retired printer from New Zealand who knew a lot about sheep and cows; his wife, a retired midwife who was originally from Yorkshire but who had spent seven years working to eradicate leprosy in Nepal; a chef from Curacao who now lives in Amsterdam; a police sergeant and her friend, a corrections officer both from Ventura County, California and me, a piano teacher. By the end of the first day the group had divided itself into two distinct sub-groups with me, as usual, playing the role of Jaques in As You Like It, the role of the observer, who was at ease with both groups. In fact, over dinner on the first day I was describing how, when I recently went to see Prince Charles and his wife I was actually more interested in seeing and photographing the assembled crowd’s reaction to the celebrities, rather than the 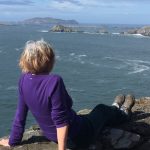 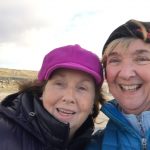 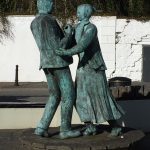 celebrities themselves “I like to watch!” You can, perhaps, imagine how this was interpreted, and from then on it became my catch phrase – almost as good as “We were high all the time” which became the catch phrase of my trip to the Eastern Sierras. But I think Naina’s comment takes the biscuit. Julie’s jeans were covered in sugar from eating a sugar donut and Naina quipped, ‘If you take your pants off, Julie, I could make a myself a meal and be totally satisfied.’ Coming from a highly extrovert lesbian everyone cracked up. This gives a fairly accurate indication of what life was like on board the bus! By the last day much liquour was consumed on the bus after lunch by those eager to celebrate a final away day before returning to work, and even more  was imbibed in a bender later that in the evening in Galway if the sick bags which J.B distributed the following morning on the bus were any indication of the 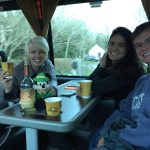 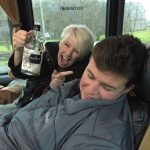 evening’s celebrations – and even then we had to pull off the motorway to ‘clean up.’ Meanwhile I was having possibly my favourite meal of the trip, a fish dish in a quiet Thai restaurant in old town Galway in the company of the New Zealand contingent. In my bid to eat local delicacies I’d also had a very good fish chowder and a large bowl of mussels.

But I was disappointed with my Irish sticky toffee pudding. It was served with cream rather than custard, and it had the consistency of a light sponge cake rather than being rich and stodgy. I mean, it’s not called sticky for nothing. As far as drinks were concerned I just couldn’t resist going into a pub  on the last evening and asking for a glass of Happy Hooker, a local Galway beer. For The Killarney Red, however, I was in the company of a police sergeant, a corrections officer and a chef – sounds like the

At Killarney Brewery with Micky o’Mouse (MOM for short). I got to name him! He’d come all the way from Ventura, California to be our mascot.

beginning of a joke . . . 4 women walked into a bar and . . . (Ah, caught you out there: you weren’t seeing 4 women in your head, were you?) On our first evening we went to the brewery itself. It was advertising a beer and a pizza for €16 as if that were a bargain! Killarney had a wonderful whiskey bar which was worth going to just to look at display of the numerous varieties. Just like in Northern England gin is the ‘in’ drink, and one of our group passed round a rather pretty empty bottle of gin which she apparently ‘woke up with. ’ 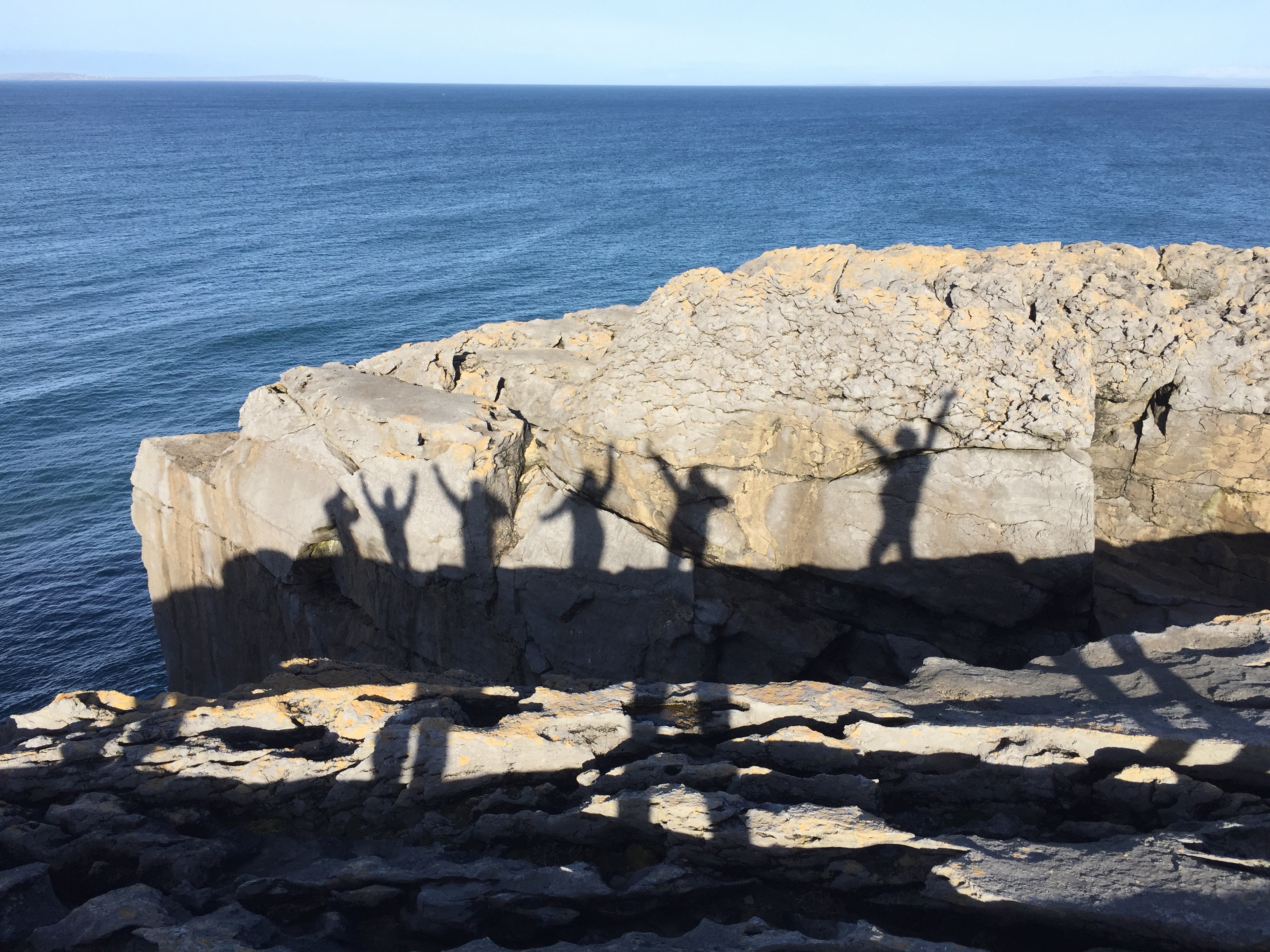 My favourite photo of the group.